Welcome back to another pandas series with us. This time we will be addressing a very different category. As the heading of the post suggests, we will analyze the startup investment dataset. If you have been following our pandas series, you know that this topic is completely different from the previous datasets we have worked with. If you are new here, then there is no better dataset to work on together. So let's get started!

The 'Startup Investment (Crunchbase)' dataset will be our center of study (link given below, keep reading!). The dataset has various features giving information like the name of the startup, homepage URL, total funding received, and a lot more. However, for this particular post, our focus will be on a few very specific areas only.

We will analyze this dataset from the perspective of a VC analyst. If you are working in a new VC firm, you want to analyze the relation of different startups with respect to the following areas:

Before we begin with our work, it's important to import some useful libraries into our python environment.

We have imported all the useful modules and now we are ready to read our dataset.

It's important to understand what information each column is providing before we could drop the least useful ones. To do that, we will create a table with the column names and descriptions for each column present.

In the end, we converted this table into a dataframe using the pd.DataFrame function of pandas. Now we know how exactly the code will be executed.

Once we understand what each column means, we realize that not all of these are useful to us, therefore, before we start with our analysis it's important to drop the columns we don't need and with that, drop the duplicate rows as well.

With the above lines of code, we have cleaned our way through the dataset. We can see the final dataframe using the df.head() function.

We are ready to start with our analysis!

Relation of startups with different sectors

In this section, we will find out the top sectors/markets that are generating the most startups. We observe that the column market provides the various sectors. Using the df['market].nunique() function, we can see that the total number of unique markets is 753. In simpler words, we have 753 unique values for the column market.

It's easier and more convenient to know the top sectors with the most startups, rather than knowing all the 753 different sectors out there. Therefore, for this particular piece of analysis, we are working with just the top 20 sectors.

So, let's see what these top sectors are.

We have created a separate dataframe with the top 20 markets and the number of startups they generate. Let's check what this dataframe looks like.

The head() function has returned the first 5 rows of the dataframe, with 'Software' being on top of the list with the count of over 4619, followed by, 'Biotechnology', 'Mobile', and more.

Let's plot the graph for the same. This will help us to grasp the information more easily while also conveying a story to the decision-makers.

The bar graph has made it very easy for us to see these top sectors for startups across the world.

Let's see what our next section is.

Relation of startups with the funding received

Here, we will analyze the sectors with the most funding received. Moreover, we will find the names of the top startups that received the highest funding across the world.

The code to find the highest funded sectors is given below.

The see the first 5 rows for the highest funded sectors across the globe in the above dataframe. 'Biotechnology' is the highest funded amongst all the other sectors with a total of around  $73 Billion. This is followed by 'Mobile' and 'Software'.

Let's plot our top 20 highest funded sectors to visualize how each sector is performing in comparison to the other.

We can see how much each sector is funded all over the world.

Let's see what are the names of the top-funded startups.

Try finding the top 10 highest funded startups across the world. Follow a similar procedure as we did above. Don't worry, if you get stuck, you can refer to the codes below. We always have your back!

Let's jump to the next section, where we will discuss the status of different startups.

If we look closely, we notice that the column status has 4 unique values, namely, 'Acquired', 'Operating', 'Unknown', and 'Closed', which simply means that the status of a startup can be either of these 4.

We will first find out how many startups does each category has.

The above code will count the number of startups in each category using the value_counts() function.

A very high number of startups are operating well, that's a good sign!

Plotting the same information to understand the proportion each category holds.

Before we proceed to the next section, let's see how many rounds of funding each of these categories received. We will make use of the columns round_A .... round_H for this. Scroll up to see what each of these columns was in the description table we created.

We see that round_B funding has the most startups under it, followed by round_A funding.

Let's find out what the next section is about.

Regions in USA with the most startups

Looking at the startup distribution in different states of the USA. We will directly visualize the results for this part using a Choropleth Map.

Choropleth maps can be used while plotting data points that include country or city names or coordinates. So, what is a choropleth map?

One of the areas with the highest number of startups is California with over 9.902K startups.

Regions in India with the most startups

We will follow a similar approach to find the regions in India with the most startups, but this time, let's visualize our result using a Treemap.

Code for the same is as follows:-

'Banglore', 'New Delhi' and 'Mumbai' are the top cities in India with the highest startup count.

Try to plot a treemap for this part on your own. Follow the steps given above. Tally your results with the answers given below, do they match?

We have come to the last section now, in which we will visualize the founding years of startups. Has there been a spike in the formation of new startups over the years? Let's find out.

We will use the founded_at column for this analysis. The column goes back to the year 1785. We will only observe the years after 1950. Anything earlier than that has little to no relevance to us.

We will discuss about the startups that got funded in less than 1 year of being founded. To find the same, we will create a new column in our dataframe which gives the difference between first_funding_at and founded_at. The value for this difference will tell us how much time it took for different startups to get funded. Let's learn how.

We see that 'Bharat Matrimony', 'Cincinnati State Technical and Community College' and 'Society of Cable Telecommunications Engineers (SCTE)' are the only three startups that got funded in less than a year. We can also see the market type and total funding received for the same.

Looking at the different startups that took more than 2o years to get funded. Note that the idea to find this will remain same like we did above except for the number of days as input. We can find out that the number of days in 20 years is 7300 ( we can find this using a single google search also). Therefore, in place of 365 days, we will input 7300 days and observe the results.

When we look at the new column difference, we observe that many values are negative, which implies that many startups got funded even before they were founded. In this section, we will study more about the same.

For this, we will simply take difference < 0 (difference less than zero) in the code.

The above code returns a dataframe will all the startups that got funded before the founding date. We have 38,269 startups that fall under the same category.

In the end, let's visualize the number of startups that got funded after the date of founding for different range of years.

It's important to note that we have not incorporated the startups that got funded before being founded in this graph because the count for that is very high, it will make the other values negligible and we will not be able to observe the count for the years with a lesser count. However, if you wish to visualize how that graph might look like, remove the line of code df[df['difference']>0] and see how the graph turns out to be.

With this, we come to the end of our analysis.

We gained some interesting insights into the dataset. They are as follows:-

We have found the answers to all the questions, and we can now share our report with the team, together with the processed data for further analysis.

Hope that now you feel more confident to handle datasets of a similar kind.

Waiting for you in our next pandas series.
See you then! 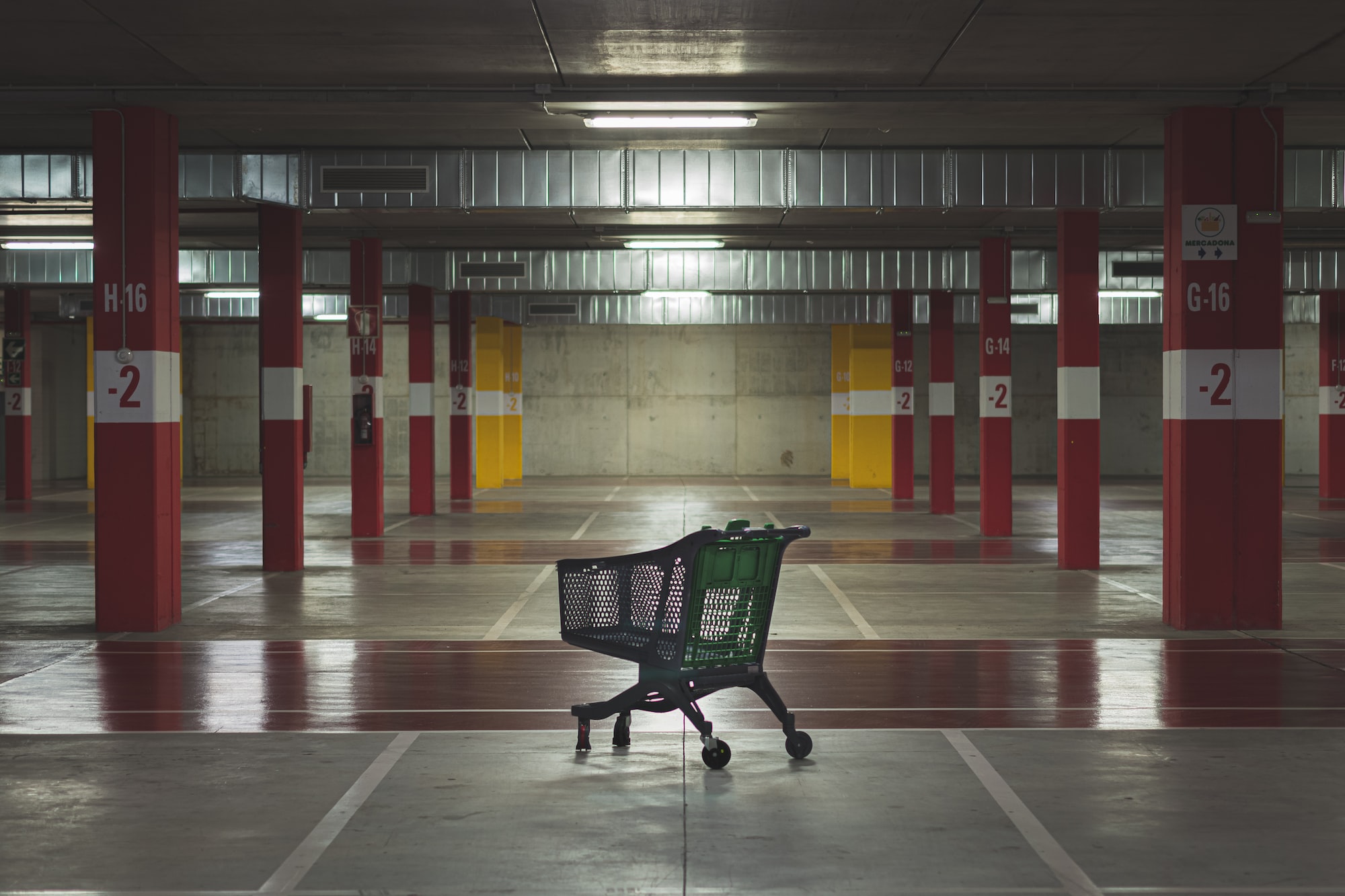 Analyzing the 'BigMart Sales' dataset with the help of pandas library and learn the fundamentals of plotly by visualizing the result using simple yet interactive graphs.